In the past few weeks I’ve been struggling to compile a kernel module for the Radxa Rock Pro, and ended up compiling the upstream kernel manually while configuring it to support my module.

Since it took much longer than I expected (mainly because of unexpected problems I wish I had known before I took this project), I decided to make a post describing my adventures with this wonderful device (and yes, I had to open a new blog to do that :)).

In this blog post I will try to describe the steps I had to make, including download links, of configuring, compiling and loading the upstream Linux kernel for the Radxa Rock Pro device.

When you’re done following this post, you should end up with a Rock Pro with the 3.18.11 Linux kernel, that loads it’s rootfs from the MicroSD card. Note that as far as I know, Rock Pro’s HDMI output is not supported on these new kernels (it didn’t work for me as well), so be sure you want don’t need your HDMI output before following this post.

Disclaimer: Most of the information in this post is taken from online posts, mainly from the Radxa wiki and CNX-Software blog. This post is just my attempt of simplifying all of the online information, and documenting / solving some issues I had when I tried to follow the online instructions. 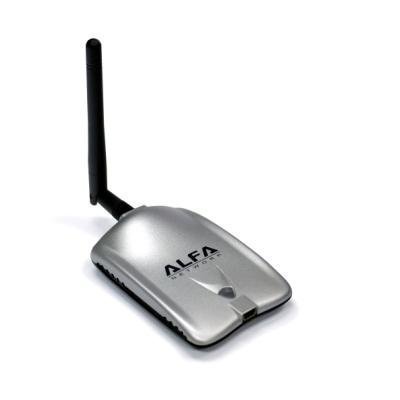 My target was to make the Radxa Rock Pro support ALFA AWUS036H’s monitor mode, and later on - airodump-ng and other similar tools. Sound simple!

Since I had never heard of this network device until I started this project, I looked it up online and saw it is based on the famous Realtek RTL8187L chipset. Searching online also brought up that I should make the rtl8187l driver run on my Rock Pro device, and I’ll be done with this project.

However, in order to compile a kernel module, I must have the running kernel + it’s configuration, and make sure it supports the Linux features required for the module to work (in this case - WIRELESS_EXT, MAC80211, …). After a few days of trying to compile the module with the pre-installed Radxa kernel from their site (3.0.36+ - https://github.com/radxa/linux-rockchip), I realised that I must use the upstream kernel, that already contains official rtl8187l module support, with my own configuration.

As the Radxa wiki says, you must own a Ubuntu 14.10 (or newer) Linux for the compilation process, along with GCC 4.9 or newer. When I tried to compile without these, I get an error from the precompiler stating that my compiler (GCC 4.8) has known issues when compiling the kernel, and that I should upgrade.

Of course, since we are compiling for the Radxa Rock Pro, you also need an environment including a cross compiler. You also need parted when creating the SD card image, and build-essential + libusb for rkflashtool. Run this installation line to install all dependencies before we start:

The Radxa wiki states you should clone the linux-next git repository and compile it for the Rock Pro. When I tried to do so and follow their steps - the compilation failed since the configuration was too old.

Therefore, I recommend using the Linux 3.18.11 kernel, it worked out-of-the-box and didn’t require any code changes. You can get it by running:

After extracting the kernel, you should download the default Rock Pro configuration along with the .dts file, that will be used when booting (again, taken from Wiki):

Before we start to mess with kernel compilations, we should make sure to always use the cross-compiler environment suitable for our device.
Run the following in each terminal you use in the compilation process to set the build environment:

And configure the kernel as you’d like by running:

(the menuconfig will use the .config we copied as the base for your changes). Since I’m describing my efforts to add support for the rtl8187l kernel module, the things I had to enable in the Kernel configuration are the following (the order is important!):

(You should navigate the menuconfig with the arrow keys and the space bar for selection. When selecting a feature, you can either mark it as built in <*>, kernel module <M> or unselected feature that will not be present in the kernel < >)

Exit the menuconfig and choose < Yes > when asked whether to save the new configuration.

The message “configuration written to .config” should appear after saving. Now it’s time to compile our new configuration.

This will create 2 necessary files, zImage (the compressed kernel) and rk3188-radxarock.dtb (device tree blob, used at the Rock Pro boot).

Now let’s compile the modules for later use:

Now the “modules” directory is full with compiled kernel modules. We will use it later to build our SD card image.

According to the wiki, we need to append the device tree blob to zImage (CONFIG_ARM_APPENDED_DTB option) until we can use U-Boot device tree support:

And after we have everything ready, make the boot.img out of the zImage-dtb:

My working & ready boot.img is available for download here.

When we’ll flash the kernel onto the Rock Pro, it will load and try to load the linux rootfs from the MicroSD card (you’ll see, when it’s part of the configuration that will be flashed in the next few steps).

Therefore we should make an SD card image ready with all of the compatible binaries and the modules we have compiled earlier, including the rtl8187l module.

To do that, we should start with an already ready SD card image, mount it’s ext4 partition locally on our Ubuntu and insert the kernel modules we built before.

I used this SD card image and did the following:

After having the SD Card .img file, we need to find out where it’s ext4 partition starts in order to load it to our Ubuntu. We will do it using “parted” we installed in the pre-requirements:

You should see a table containing the start offset of the ext4 partition, which looks kind of like this:

Use the start number we found before to mount the ext4 partition:

Also, CNX-Software suggested (and I agree) to configure DHCP to the Ethernet port on boot:

And add the following 2 lines:

Also, CNX-Software claims you need a script to detect rootfs at boot time. I used it, don’t know if it matters:

And copy the following into the file:

Make sure the script is executable and edit the startup script:

And add the line below before exit 0:

And radxa_rock_pro_ubuntu_14.04_server_k318rc5_141129_sdcard.img should now contain your new files! You can download my compiled version here.

To flash the newly created image, you should use Win32DiskImager if you’re on Windows (simply follow the GUI).

If you’re on Linux / OS X, you can use the dd command using this syntax (replace /dev/sdc with your SD card writer device):

Now take out your MicroSD card and put it in the Rock Pro. It will be necessary for boot after we flash the device.

Connect the device to your computer via USB, and follow these instructions to bring the Rock Pro to loader mode.

Get the parameter file describing kernel parameters by:

And use it to flash boot.img and restart the device:

Your device should now reboot into it’s new kernel, with rtl8187 support.